Suwan Golf & Country Club is in the countryside west of Bangkok among rural villages that add to the course’s uniqueness. Surrounding fruit orchards, rice fields, palm trees, and lotus ponds make Suwan Golf have a tropical-Thai character which is most appreciated by both golf professionals and golf holidaymakers alike.

Major General Weerayudth Phetbuasak, still active in the Thai army, was brought in by the management of Suwan to design this Thai masterpiece. Imported Paspalum grass is used in fairways while the already excellent greens were re-built in 2009 using the newest strain of ultra-dwarf Bermuda; Mini-Verde. Putting surfaces are now among the best in Bangkok, even rivaling the lightning fast speeds found at championship courses like Alpine or Thai CC.

The course has already won several best in Asia awards despite being opened only a few years. In 2009 and again in 2010 the Asian Tour International tournament was held at Suwan Golf & Country Club. Then in 2011, the OneAsia circuit selected Suwan as the venue for the prestigious Thailand Open.

The golf course's hilly and challenging layout makes every hole have its unique character. Fairways give many uneven lies, and many of the greens are well bunkered. More than most other Thailand golf courses there are many holes with significant elevation changes where level fairways play up to built-up and well-guarded greens. There's plenty of movement requiring more than just a cursory read of the line to be successful at putting.

Several holes require long and straight tee shots when played from the back tees to take the strategically placed fairway hazards out of play. Measuring over 7100 yards water or out-of-bounds comes come in to play on most holes, putting shot making accuracy at a premium. The appealing attributes require golf course strategy on nearly every hole. Suwan is not a golf course where merely hitting it down the middle is always the correct way to play. Some doglegs tempt golfers to cut corners and for those who do there are big rewards, but severe penalties for the failed attempt. The bunkering was more than just of the penal variety. At times, like many of the streams or ponds found on the course, the sand punishes the overzealous player, at other times, it serves to deceive the golfer.

Holes number 2 and 14 are among the more challenging, the former being a double dogleg par 5 and the latter being a long par-4 with water running down the right side. Careful shot planning and club selection are required to make par on both of these holes. Hole 17 is the signature hotel with a well-bunkered green surrounded on three sides by large lily ponds. This challenging hole exemplifies golfing at Suwan at its best. Another great hole is the par-3 16th where a mid-iron is required to hit a green surrounded by water.  The green is undulated and protected on all sides by six bunkers which adds even more to the challenge.

As with most Thailand golf courses, the clubhouse and other facilities at Suwan deliver the goods in spades. Two large putting greens, a 300-yard grass driving range, and bunker/chipping areas available to all golfers at Suwan.  The clubhouse features modern locker rooms, rain showers, Japanese style bath and Jacuzzi, and an excellent Thai restaurant that looks out over the 9th hole. The caddies are well trained and extremely service minded, maybe the best in Thailand.

Suwan Golf & Country Club is one of Bangkok's best golf courses, and a must play as part of any Bangkok golf package. Play at Suwan and follow in the footsteps of some of the most accomplished golf professionals! 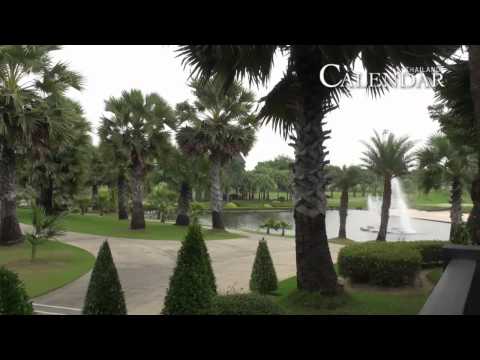 Have you played golf at the Suwan Golf & Country Club and took some nice photos that you would like to share with other golfers? Send them to us and we may upload them here. Thank you in advance!