Nikanti Golf Club is a one-of-a-kind unique 18-hole track, situated in Nakhon Pathom province west of Bangkok. The work of Thai golf course designer and architect Piraporn Namatra of Golf East, Nikanti is revolutionary in more ways than one.

Nikanti sits in fresh air among former rice paddies. However, the Bangkok golf course is almost the complete opposite of what one usually finds around the city.  For a start, it measures a short 6,850 yards from the black tees. Then there is the routing. Rather than having a traditional front and back nine, Nikanti is made up of three loops of six, each one starting and ending at the main clubhouse. Finally, each circuit comprises two par-3s, two par-4s, and two par-5s. Having an equal number of par-3, par-4 and par-5 holes is somewhat controversial, but why not? Par-72 is still on offer, and it gives golfers the chance to play a wide variety of holes through the round.

Also, more than the standard number of par-3 and par-5 hole gives golfers many more scoring opportunities than usual. However, in spite of the “extra” scoring holes, Nikanti is a course with a significant challenge, even for professional golfers. The fairways, while broad, feature plenty of mounding and elevation changes. Flat lies are the exception rather than the rule at Nikanti. Many of the greens, meanwhile, are strongly undulated, run fast (especially downhill), and are guarded by bunker complexes. Water comes into play on many of the holes, especially on the par-5s.

Bangkok golf courses often get criticized for their lack of elevation change, but that’s not the case at Nikanti. Club selection is also impacted by the prevailing winds that sweep don through many of the valleys that dot the course. Nikanti rewards accurate shots over distance more than most other Bangkok golf courses. Still, many of the holes are reachable in under-par.

Nikanti features an impressive modern clubhouse with many amenities only found at private members clubs. Full-length lockers, gourmet food and beverages, observation deck and lounge with satellite TV all make you forget that you are at a daily fee public golf course. Service is also exemplary including 15-minute tee times to ensure a fast pace of play, all-inclusive and non-cash policies, strict “no tipping,” and free local beverages and two meals. All in Nikanti is one of Thailand’s best golf courses and unique Asian golf experience. 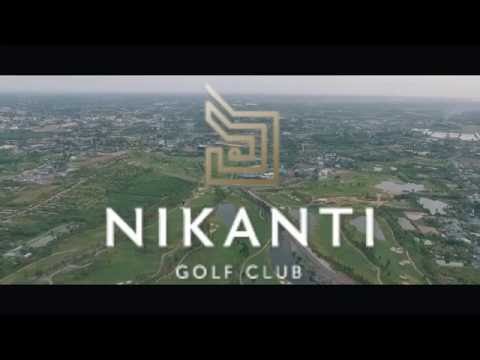 Have you played golf at the Nikanti Golf Club and took some nice photos that you would like to share with other golfers? Send them to us and we may upload them here. Thank you in advance!