The Royal Gems Golf City - Dream Arena is Asia's first replica course and combines nine of the best holes in the world with the back nine of Augusta National. Course designers have created the required extreme challenges and elevation changes from what was previously flattish farmland just outside Bangkok.

Stepping onto the first can transport you, not just to holes you've never played, but to holes you wish you could. Imagine teeing off at Oakmont's #3 with the famous church pew bunkers to your left. Then step onto the Royal Gems City #2 - a replica of Bay Hill Florida's narrow-fairway, curving-around-water par-5 sixth - brings risk-reward drama; with the emphasis on risk.

Then head out for the Royal Gems City #3; a re-creation of Sawgrass' famous 17th island green. While it loses some of its drama by being shoehorned into the middle of Bangkok, you'll still see a steady parade of intimidated golfers hitting pop shots into the water.

Go on to play such greats at the Road Hole at St. Andrews, the Postage Stamp from Royal Troon Scotland, and The Belfray from West Midlands, UK. After finishing these great holes, don't relax!

Yes, this is all true, famous golf holes come to Bangkok Thailand at the Royal Gems Golf City Dream Area!

Playing replicas of 18 of the world's top golf holes can make for a taxing day. However, add knowledgeable Thai caddies and a great clubhouse to these already famous golf holes, and a day out on this Bangkok golf course that might even be better than the real McCoy. 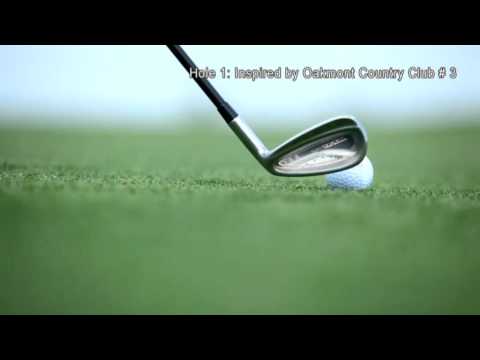 Have you played golf at the The Royal Gems Golf City - Dream Arena and took some nice photos that you would like to share with other golfers? Send them to us and we may upload them here. Thank you in advance!