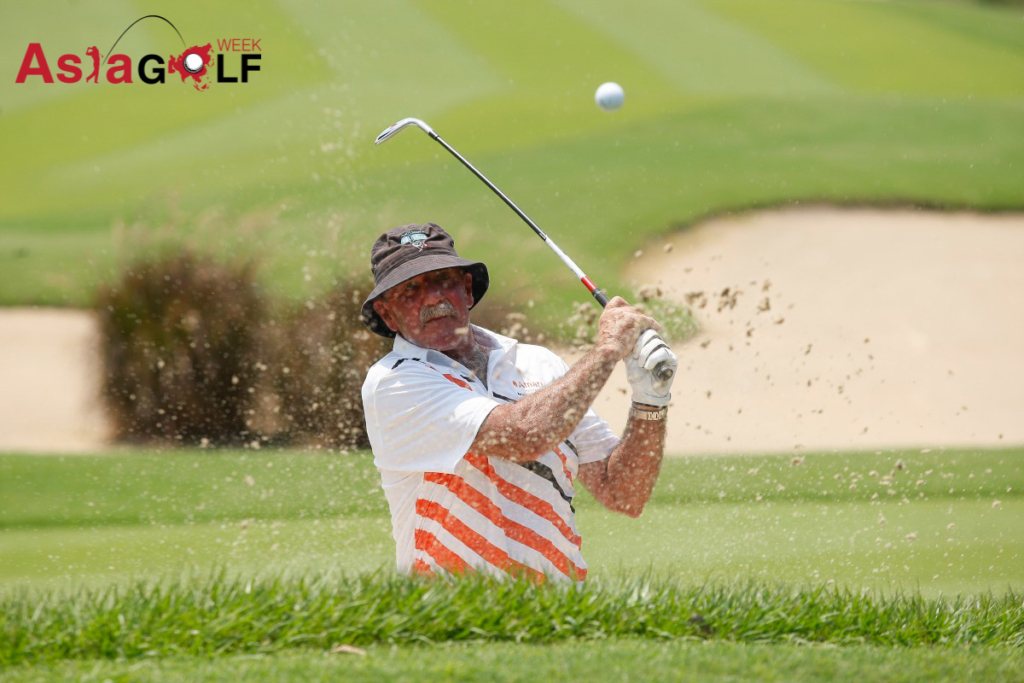 Tony, who was born and educated in the United States where he became the first Thai-American to complete the elite USPGA PGM (Professional Golf Management) program at New Mexico State University, returned to Thailand in 1997 at the instigation of Tiger Woods to help develop junior golf programs in his parents’ homeland.

For the past 15 years the ‘Black Hat’ golf teacher has helped scores of young golfers and other golf enthusiasts become highly accomplished players.

His Tony Meechai Golf Preparatory Academy is based at Lotus Valley Golf Resort near Bangkok where he and his Faculty of Education operate Tony’s signature Experience the Magic of Golf programs.

He has recently teamed up with educational consultancy, Ed Net, which specializes in organizing talented youngsters to study overseas.  Last year Ed Net arranged for 1700 Thai students to travel and learn abroad, of whom 22 were passionate golfers.

Already regularly accompanying young golfers on excursions to the United States to improve their games, Tony wants his Tony Meechai Golf Preparatory Academy to be the golf education hub of Asia, conducting short and longer-term training schools in Thailand – and eventually in India and Malaysia.

The academy at Lotus Valley also can teach older players to improve their game in schools of just two or three days’ duration. He is also planning 5-day camps for juniors and visiting golfers in Bangkok and Phuket.

“We know our Total Golf Education Solution program can improve every player’s game,” Tony says. “Also, because I believe in golf as a culture and social agent of change, the pursuit of excellence in golf helps individuals become better people. Better people contribute to a better society, thus creating a better world!”

Golfasian principal, Mark Siegel, says Tony Meechai’s involvement in promoting the company’s golf tours will help take the kingdom’s surging appeal to an even higher level. This year, an estimated 750,000 overseas golfers will visit Thailand, making it the world’s third largest market behind Spain and the United States.

“Tony is so well known and respected in Thailand and throughout Asia, as well as in the US, that he is a natural fit for us. Thailand is already the golf tourism leader in Asia, but there is huge potential for greater growth.”

“Most arrivals are currently from within Asia itself, Europe and Australia, but the golf experience in Thailand is still relatively unknown in North America. With his background and connections in the United States, Tony Meechai is the perfect ambassador to boost awareness there.”

After graduating from New Mexico State University, Tony Meechai became an intern at Cog Hill Golf and Country Club in Chicago, then moved to Annbriar Golf Course in Waterloo, Illinois. There he completed his Master’s Degree and met Ed LeBeau and helped to establish Heartland Golf Schools, which he later brought to Thailand.

Tony credits renowned Ed LeBeau and legendary golf instructor Manuel de la Torre as the inspiration behind his teaching methods. A member of the World Golf Teachers’ Hall of Fame, de la Torre pioneered a simplified method of teaching the golf swing that has influenced many other golf instructors and top tour players.

He established his Tony Meechai Golf Preparatory Academy in 2010, which has junior development as its main focus. As the official ambassador for Golfasian, Tony Meechai will be able to offer instruction on request at Lotus Valley and other affiliated courses in the Kingdom.