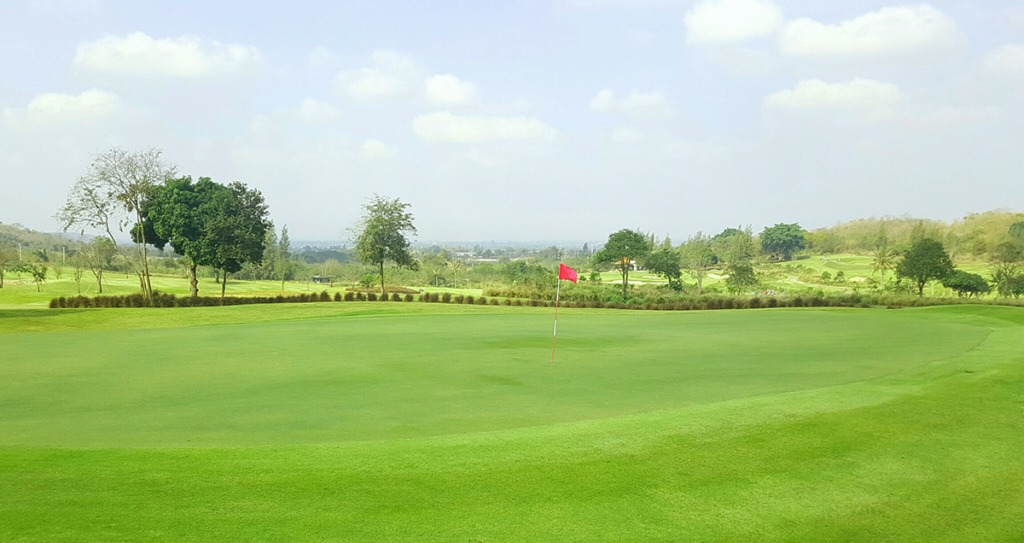 Costa Daurauda, Spain, 15 November 2013 — Hua Hin, the laid-back seaside town on the Gulf of Thailand that has been The Thai Royal Family’s holiday headquarters for more than 80 years, now has another claim to fame: Asia and Australasia’s 2014 Golf Destination of the Year.

It is only the second time a region, rather than a country, has been named Golf Destination of the Year in Asia/Australasia. Thailand has twice won the award and in 2012 the Thai city of Pattaya was the winner.

The 2014 award was accepted by Hua Hin’s Lord Mayor, Khun Nopporn Vuttikul, at a ceremony at the end of the convention, which was attended by golf tour operators, and executives representing resorts, golf clubs and destinations from around the world.

The accolade recognises Hua Hin’s rapid recent ascendancy to the pinnacle as a golf tourism destination in Asia Pacific. The site of the first golf course in Thailand, Royal Hua Hin Golf Club built in 1924, the region’s golf credentials have risen since the opening in 2007 and 2008 of Black Mountain Golf Club and Banyan Golf Club.

Both courses have since been rated consistently among Thailand’s elite layouts. Black Mountain has been named for each of the past three years at the Asia Pacific Golf Summit, including again last week in Jakarta, as the top course in Thailand.

In 2011, Black Mountain was named best championship course in Asia Pacific and the following year became the first course in Thailand to be included in US Golf Digest’s Top 100 Courses Outside the US. This year it was runner-up as best championship layout in the region.

Banyan has been in the top three in Thailand for the same period and for the past two years its clubhouse was voted best in the region.

Hua Hin, which literally translates as “head rock”, now boasts 11 golf courses, has become a popular destination for golfers from all over the world, especially during the peak winter season when its population of 85,000 swells two or three times. Its perfect year-round climate, laid-back village atmosphere, absence of a rainy season, wonderful beaches, restaurants and proximity to Bangkok are key reasons for its popularity.

In June next year, Hua Hin will host the Centara World Masters Golf Championship, a week-long tournament for club golfers aged 35 and over. Up to 600 golfers from around the world are expected to participate.

Organiser, Peter McCarthy, the principal of Go Golfing in Australia, said Hua Hin stood out as the obvious location for the first event of its kind in Asia. “We will play at four leading courses – Banyan, Black Mountain, Majestic Creek and Imperial Lake View – all of which are within easy reach of Hua Hin and offer a premier standard of golf and supporting facilities.”

“Hua Hin has all the right ingredients for a fantastic golf holiday and it truly deserves to receive such a prestigious award,” he said. “This will mean a lot to the local community and to our team at Banyan Golf Club as they work hard to provide every visitor with a memorable golfing experience. They will feel proud of our destination’s success.”

Black Mountain’s general manager, Harald Elisson, said the award recognised that Hua Hin was home to two of the top golf courses in Thailand. “Hua Hin has perfect year-round golf weather and great courses that appeal to golfers of all levels as well as families. We are just two hours by car from Bangkok, the roads are improving all the time and we don’t have a rainy season. These are perfect ingredients for a memorable golf holiday.”

Footnote: A new city plan for Hua Hin, expected to be adopted in 2014, will ensure further development of the region. A high-speed train service is scheduled to commence from Bangkok in 2017.