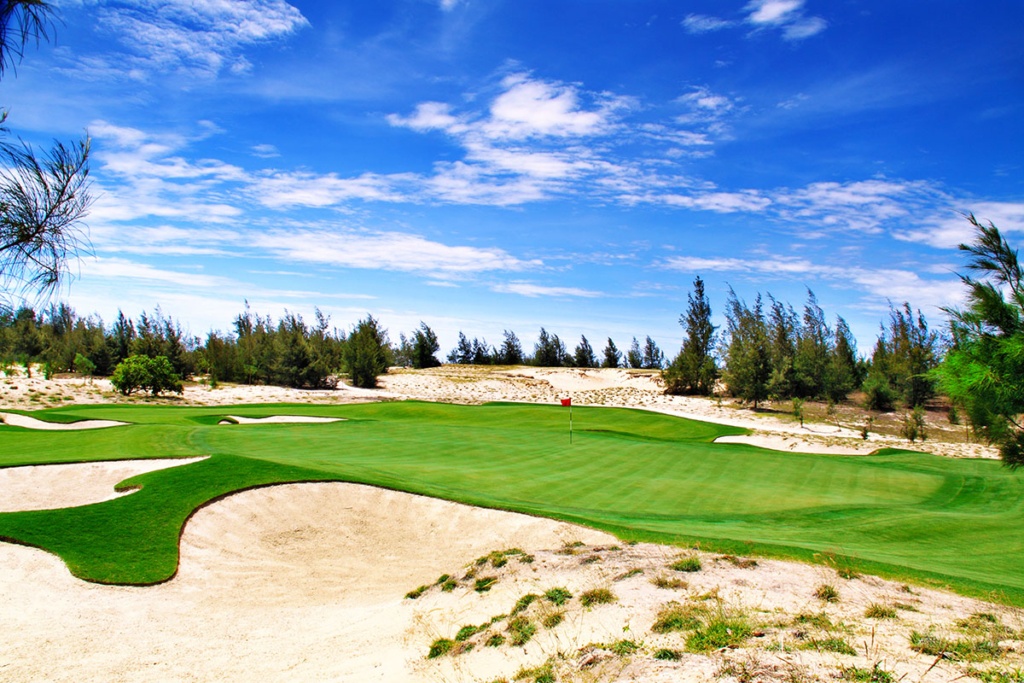 Cliches and superlatives are thrown around like confetti in the golf tourism industry. It seems every course or destination is the “best” of one thing or another and is more appealing than anywhere else. Such is the competition these days for golf visitors and their perceived well-stacked wallets!

Danang, Vietnam has won plenty of accolades since golf was first played there almost five years ago – with good reason. While it’s impossible to say golf on the Central Coast of Vietnam is “better” than anywhere else, the region boasts three world-class courses and can hold its own with any other golf destination in Asia. It’s also a fact that the plethora of culture, history, food and sightseeing in and around Danang, nearby Hoi An and Hue makes the Central Coast a standout destination without golf.

Vietnam’s fourth largest city may be a little out of the way, but there are now direct international flights from Singapore, Hong Kong, Tokyo, Seoul, Kuala Lumpur (from Aug 29) and numerous daily one-hour flights from Ho Chi Minh City and Hanoi. It’s then just 10 to 20 minutes from the airport to most resorts and upmarket hotels.

“Monty” and Danang GC are within a drive and fairway wood of each other, midway between Danang (pop. one million) and the UNESCO World Heritage-listed ancient trading port of Hoi An. “Monty” is more pristine and genteel than its neighbour – a well-manicured course with some truly wonderful holes that appeals to aficionados of resort golf courses.

Danang GC is more natural and takes advantage of the rolling sand dunes in this part of Central Vietnam, with holes threaded between dunes and native casuarina trees. Its appeal lies in hard fast fairways, firm sloping greens and one stunning hole, the par-3 16th, that plays towards the East Sea and Cham Islands.

Laguna Lang Co, an hour north of Danang, is part of a new Banyan Tree complex that includes private villas, a hotel, numerous restaurants, spas and a stunning quiet beach. Eventually, there may be an on-site casino as well.

Laguna Lang Co is regarded as the most difficult of the three courses, with jungle, creeks, large sandy blow-out areas and even some rice paddy separating players from a good score. Choose your landing spots carefully!

It’s advisable to stay on site at Laguna Lang Co, although the course can be reached from Danang in 60-90 minutes. But such is the quality of the resort and facilities, an in-and-out round of golf doesn’t do justice to a visit.

Danang has gone from zero golf to 100,000 rounds a year in just five years. This has to say something. A fourth course, Ba Na Hills in the mountainous hinterland, has been planned for some years and construction is understood to be underway again.