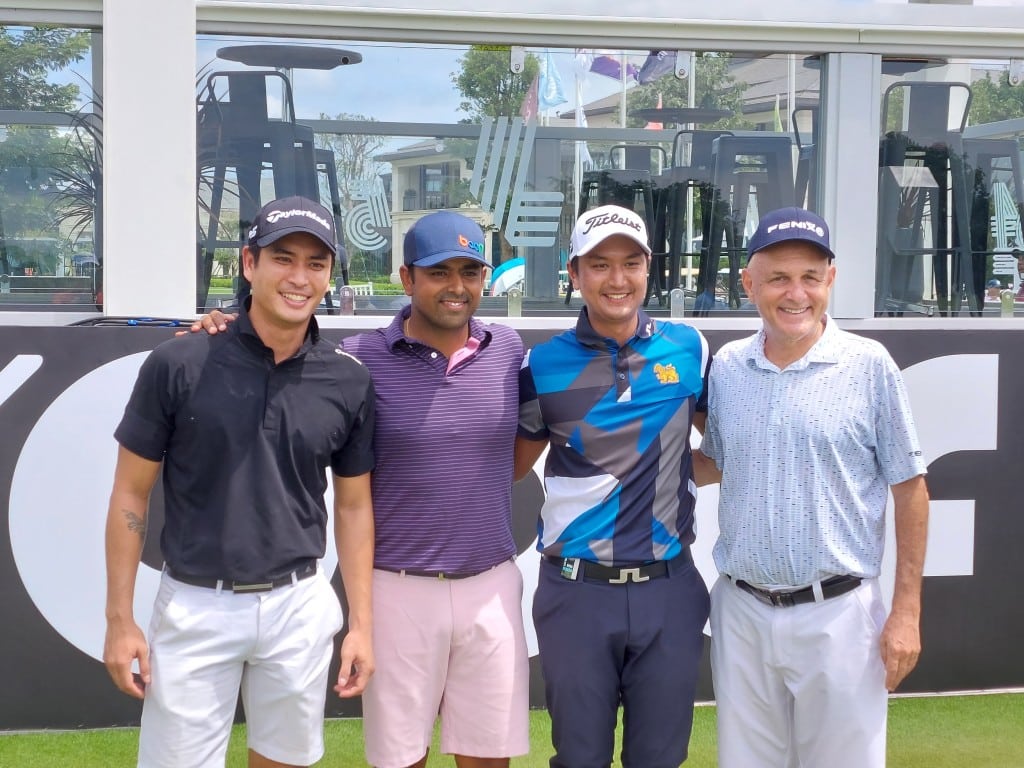 Mark Siegel CEO at Golfasian, Asia’s number one golf tour operator, thought he was just going to enjoy a normal round of golf at the LIV Golf Bangkok pro-am at Thailand’s latest course Stonehill.

However much to his surprise, it turned out that he ended up playing with not one but three number ones!

Anirban Lahiri the Indian No 1 professional golfer was in his group, along with Thailand’s No 1 Sadom Kaewkanjana, which in itself was quite a coup.

Lahiri has won on the PGA Tour and came second in his first appearance at LIV Golf Boston.

And Kaewkanjana known as “Pet” has won the Singapore Open, came 11th in this year’s Open at St Andrew’s, and has done very well so far on the LIV Golf tour. 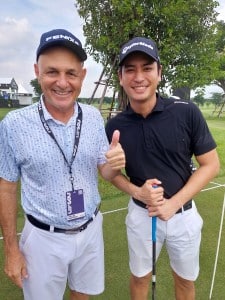 However, the autograph hunters were not after these two young golf superstars who have together won many big tournaments around the world.

All the fans and especially the Stonehill Thai caddies were however actually chasing Thailand’s No.1 Movie and TV star Punjan Prama who was also in their group.

Punjan is also a scratch golfer himself and sometimes plays on the All-Thailand Golf Tour.

All enjoyed the new course and had a great round as a group, and even ended up winning the pro-am tournament as well.

Mark Siegel said, ‘Not many amateur golfers can say they played with two number one golfers and a major movie star on the newest golf course in the world, all on the same day”

However, in the end, it was Seigel’s Thai wife who was perhaps the happiest.

She was ecstatic when her husband sent her a photo of Punjan Prama and him on the tee box, and they are now apparently friends on Facebook, even swopping messages.